"I was arrested for being gay before I'd even danced with another man." Rodney Croome

In 1988 more than one hundred arrests were made at Salamanca Market, when the Tasmanian Gay Law Reform Group defied a ban on a stall that featured petitions to decriminalise sexual activity between consenting adult males in private.

The arrests lit the spark for a campaign to change the Tasmanian law, which was the most draconian in the Western world in terms of its penalty and, by the time of its repeal, the last of its kind in Australia.

From candid interviews with the people who were there, Campion Decent has fashioned a gripping account of Tasmania's decades-long gay law reform campaign.

The Campaign traces the venomous parliamentary debates and public meetings, the individual acts of bravery and humour amidst the hurt, and the dogged march to a landmark United Nations ruling that had far-reaching repercussions in the Federal and Tasmanian Parliaments and the High Court of Australia.

Honest, raw and urgent, The Campaign won Best New Writing at the 2019 Tasmanian Theatre Awards, and chronicles a community's journey from exclusion to inclusion, from opposition to acceptance, and from hatred to embrace.

The Campaign is part of the 2020 Sydney Gay and Lesbian Mardi Gras Festival.

★★★★ "A brilliant piece of intimate and simultaneously joyful and gut-wrenching theatre."
ArtsHub 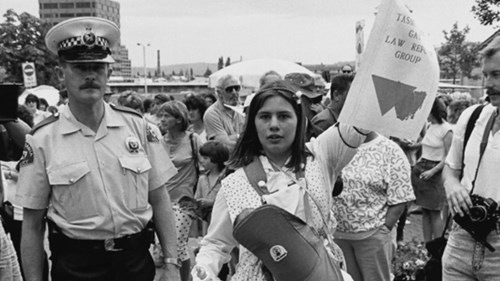 Following the 7pm performance on Saturday 15 February, join playwright, Campion Decent, director, Kim Hardwick, and original campaign activist, Lee-Gwen Booth, to discuss the events detailed in The Campaign and the process of making the play. 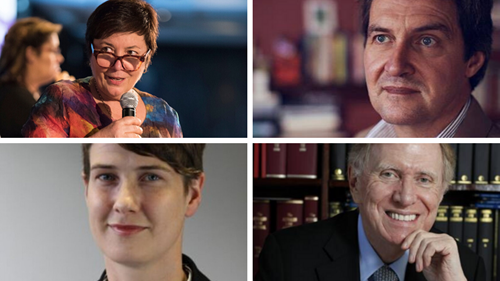 Reflecting on the legacy of Tasmania’s protracted battle to decriminalise homosexuality, MC and host Julie McCrossin AM will be joined by leading activist in the Tasmanian campaign, Rodney Croome AM, plus the Hon. Michael Kirby AC CMG and Anna Brown OAM, to discuss contemporary and future battlegrounds, as well as the role played by personal storytelling, strategic risk-taking and compromise in achieving significant and meaningful social and legal change.